Plates4less kept everything a secret until Jackie's birthday, she was really surprised and delighted!

Love my new plate, thanks for making it so easy!

DVLA Number Plates, also known as DVLA registrations, can be purchased and used on DVLA registered vehicles. Some types of DVLA number plate, such as those registered before 1963 or in Northern Ireland, allow you to hide the age of a vehicle. Many people use DVLA registrations to display their name, initials, hobbies, interests, vehicle model or occupation.

This button opens the Information Centre in a new window or tab so that you can refer to it while you continue browsing the website.

Do you wish to open the Information Centre in a new window?
(make sure your pop up blocker doesn't stop it)

Save or share this page with your family and friends

Safely purchase from the comfort of your own home.
Click here to read more...

As well as issuing driving licences and vehicle registration certificates, the DVLA (Driver and Vehicle Licensing Agency) is the government body responsible for assigning, transferring and retaining personalised number plates in the UK.
They also ensure that potentially rude or offensive number plates are kept out of circulation.
In keeping the records of over 48 million drivers, the DVLA also facilitates the taxing of vehicles suitable for road use. Previously called the DVLC (Driver and Vehicle Licensing Centre), the DVLA is an agency of the Department of Transport.
It used to have several offices throughout the country but has since consolidated them into a single headquarters here in Swansea.

Assigning (moving a registration mark from a certificate to a vehicle)

You may wish to attempt the assignment using the DVLA’s online system. However, this is not a guaranteed service and only approximately 60% of online applications are currently successful.

Transferring (moving a registration mark from one vehicle to another)

When you wish to transfer your private registration mark to another vehicle you will need to complete a V317 form and send your application to the DVLA along with the V5C Registration Certificates for both vehicles and the relevant fee.

If both vehicles are registered to the same person, you may wish to first retain the registration mark, then assign it to the second vehicle using the DVLA's online system. However, please bear in mind that this is not a guaranteed service. 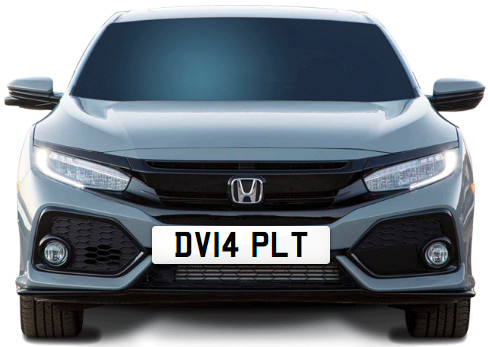 Retaining (moving a registration mark from a vehicle to a certificate)

The DVLA Number Plates / Vehicle Registration Marks retention scheme enables the keeper of a vehicle to remove its registration mark and hold it on a certificate for a period of up to 10 years at a time. The certificate can then be renewed every 10 years until you are ready to use it on a vehicle. Presently there is no government charge for renewing the rights to a registration mark once it is on a 10 year retention certificate.

To keep the rights to a private registration mark on a certificate (separate to a vehicle) you will need to complete a V317 form and send your application to the DVLA here in Swansea along with the V5C Registration Certificate and the relevant fee.

You may wish to attempt the retention using the DVLA’s online system. However, please be aware that this is not a guaranteed service.

Important tip: If you are planning to sell your vehicle which has a personalised registration mark, please remember if you don’t move it …. You’ll lose it! If you sell or hand over your vehicle before you have moved the private registration off, either onto another vehicle or onto a V778 retention certificate, ownership of the registration will pass to the new registered keeper of the vehicle. The movement is confirmed only once you have received a new V5C for the vehicle with a replacement registration number, not before!

If you have chosen our Done-for-You service and have received your confirmation letter, you may wish to submit your V5 information via our E-Transfer Gateway. Please click here to enter your details.

Every week we will be releasing new articles to entertain and enlighten all you...

These "70 Series" DVLA private plates are are NOW AVAILABLE TO BUY.

Don't miss out ... Order Yours Today!

We offer a free seller’s service. We will show your registration to thousands of buyers

Choosing and buying a number plate can seem complicated.

Telephone and Online prices are the same, unlike other companies


Shop with us and help support these charities whose good works positively affect thousands of us and our families, every year

What people are saying about Plates4less
Trustpilot